It was a different kind of wind. We looked west and saw the sun was still lingering in the sky, as if he didn’t want to miss the lightning show in all its glory. In the distance we saw the rain had already begun far away. We could hear it coming ever closer, knowing it would soon be pouring buckets of cold water upon us. But we didn’t move.

The trees were rustling with a greater intensity and the fountain poised perfectly in the lake beside us was now unable to control the direction of its overflow.

Wind can be gentle: a light, refreshing breeze on a hot day, or a calm stirring on an afternoon in September, often a serene addition to a cheerful picnic. Gentle wind is nice.

But we didn’t want gentle on this particular night.

We were poised in the open field ready to receive the onslaught on raindrops from the dark, stormy clouds. A storm that would purify, refresh, cleanse, and nourish the earth below us.

We laid in the grass and watched the sky explode with pink, orange, and yellow lightning strikes that were close… almost too close… followed by tumultuous thunder that shook the ground.

It was one hundred shades of glorious.

And in that field, dancing as if I could summon every raindrop to the ground, I was reminded of the fierce beauty of the wind. The uncontrollable, violent, life-giving, rain-sending wind. The wind that ushers in rainstorms that nourish the ground. The wind that threatens to knock down every insecure flag in its path.

You see, I tend to favor the gentle side of the Spirit. I like things to be predictable, controllable, and easy to handle. I like a King I can expect. One who doesn’t expect me to do things I’m afraid of, and certainly One who doesn’t ask me to be brave. When it comes to my heart, I like to play it safe.

But the wind that brought the rain that night was anything but safe, and it was this night, this rainstorm that released in me the most joy.

I began to wonder…

Is this freedom, this glory beneath the uncontrollable rain, merely a shadow of the joy that flows from a God who isn’t “safe”? Have I been tricked into believing that this Fort Knox lockdown on my vulnerability is the best way to live? What if I am missing an entire dimension of the Spirit by thinking that gentle wind is the best kind?

And so I danced.

I twirled endlessly in the rain, awestruck by the lightning and shaking under the thunder, and I appealed to the King of Kings to send His Spirit in my life as wildly as He sent the rain that night. I asked for the uncontrollable, violent, life-giving Spirit to rush in and nourish my thirsty heart. And I asked Him to knock down every insecure flag waving doubt within me.

I begged for that storm to be a mere shadow of the way His Spirit would stir within me. I asked Him to make me brave. I rejoiced in a King who, like Aslan, wasn’t safe and didn’t care to be. I celebrated a King who is endlessly good & a Spirit who is endlessly worth the risk. 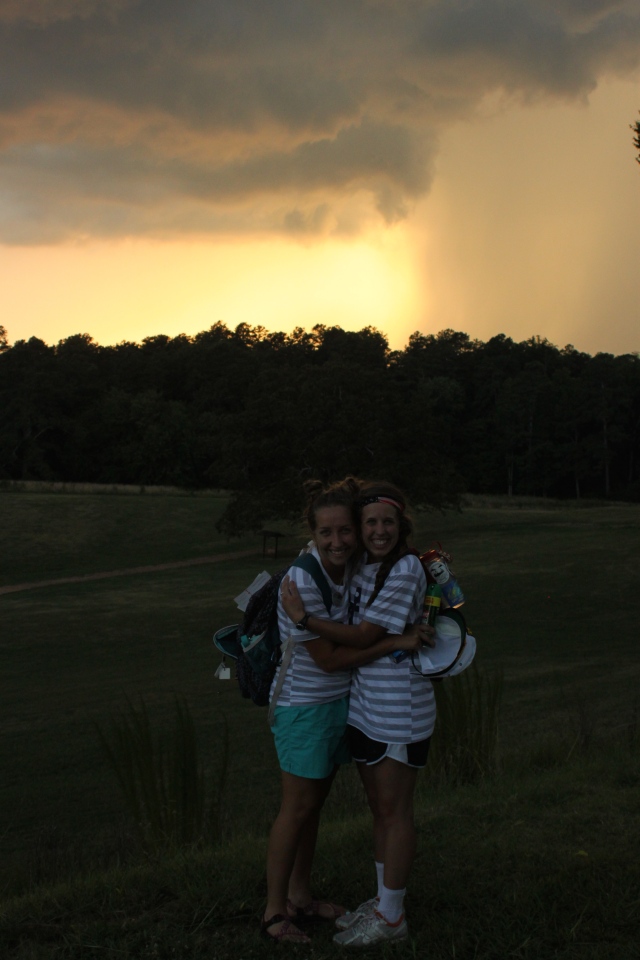 Recently on The Sojourn.